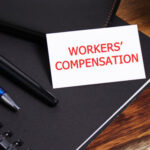 Under the Worker’s Compensation Act, injured workers are generally entitled to wage-loss benefits equal to two-thirds of their weekly wage for a work-related injury up to a maximum amount. Every year, the Pennsylvania Department of Labor and Industry adjusts the maximum amount of wage loss benefits an injured worker can receive if they are… Read More »