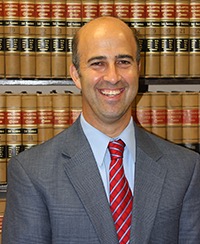 Jason M. Weinstock is a graduate of Pennsylvania State University, receiving a Bachelor of Arts Degree in Labor Studies. He received his law degree from The Dickinson School of Law in 1993. He focuses his practice in Workers’ Compensation, Union Side Labor Law, and Employee Rights.