My employer is closing. What are my rights under the Pennsylvania Workers’ Compensation Act? 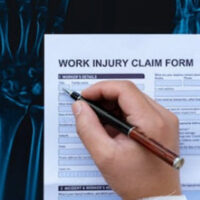 If you have been a victim of a layoff while having an open workers’ compensation claim, , either medical or wage loss, you may be entitled to reinstatement of your workers’ compensation benefits.  There are multiple factual scenarios common when an employer decides to close up shop and move out.   As with everything, every factual scenario is unique and provides variations fact patterns in the law which we will generally discuss below.  If you have any questions or would like additional information, feel free to contact our office.

Scenario #1:   The injured worker is currently working his or her pre-injury job, with restrictions, at wages greater than or equal to the pre-injury wage.  It also assumes the injured worker has not signed a final receipt or benefits have not been terminated by a Judge.

Scenario #3:   The Injured Worker has signed a Final Receipt, which is a document that states that a full recovery has occurred and is signed by the Claimant, after a thorough explanation of same.  It is important to note that this document should not be signed at work or signed in exchange for a “final” compensation check.  In this case scenario, the injured worker would have to establish:

Scenario #5: The Injured Worker is currently receiving Total Disability Benefits then his/her benefits will continue until the Employer has established one of the following:

If you or any of your co-workers have any questions feel free to contact us and we can address your personal situation and how we may be able to help you. Contact our Harrisburg workers’ compensation lawyers to help you seek compensation for workplace injury and discuss the above scenarios.. Schedule a consultation with our attorneys at Ira H. Weinstock, P.C. Call at 717-238-1657 for a case review.