Click here for an important message Concerning the Coronavirus 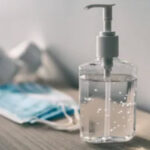 Are You Eligible for Unemployment and Workers’ Compensation Due to Coronavirus (COVID-19)?

As CNN reported that nearly 80 million jobs in the nation are “at high or moderate risk” due to the coronavirus outbreak, are Pennsylvania workers eligible for unemployment or workers’ compensation benefits? Of the 153 million jobs in the U.S. economy, more than half (80 million) are at risk due to the coronavirus (COVID-19) pandemic. According… Read More »

HOW MUCH DO I GET PAID UNDER PENNSYLVANIA WORKERS’ COMPENSATION LAW?

Once you suffer a work-related injury, the employer must provide to the insurance carrier your wage records for the year preceding the injury. The insurance carrier is then required to determine your average weekly wage (AWW), which will form the basis of what you will be paid by the workers’ compensation insurance carrier. Significantly,… Read More »

Unions for home healthcare workers are fighting a new Trump Administration rule preventing Union dues from being deducted and paid to Unions.  For most organized non-governmental workforces, employees can have their Union dues automatically deducted from the pay checks and paid directly to the Union to cover the costs of the Union’s representation.  The… Read More »

Hearing loss benefits are considered a specific loss under the Workers’ Compensation Act. If an employee has been exposed to hazardous occupational noise, which has caused at least 10 percent binaural (both ears) hearing loss, the employer is responsible to pay benefits under the Act.  While a single episode of hazardous noise, a blow… Read More »

A common scenario in Pennsylvania Workers’ Compensation Cases involves a worker being injured as the result of some third party’s negligence. For example, a truck driver, while in the course and scope of his employment, is injured as a result of an accident caused by another driver.  In situations where a third party may… Read More »

In a previous article we discussed Senate Bill 936 and its potential impact on Pennsylvania injured workers. This bill deals with access to medical treatment by allowing a “formulary” or in other words a state approved list of medications.  Under this bill, only medications on an approved list would be covered by the Workers’… Read More »

In a previous post we discussed the requirements that an Employee be in the course and scope of employment while injured to be eligible for Pennsylvania Workers’ Compensation benefits. In the recent case of U.S. Airways v. WCAB, the Pennsylvania Commonwealth Court addressed a course and scope case involving an Employee who was injured… Read More »

How Do I Become a Medical Marijuana Patient In Pennsylvania?

Becoming a medical marijuana patient in Pennsylvania is not difficult, provided that you suffer from one of the medical conditions for which treatment with medical marijuana is permitted.  If you are on Social Security Disability or suffer from a severe work injury, there is a good chance that you have a qualifying condition.  Many… Read More »