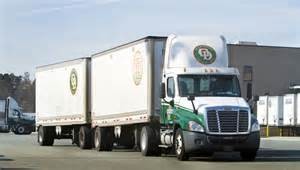 The Plaintiff alleged that the Employer’s actions violated the Americans with Disabilities Act.  The Plaintiff argued that the Employer has the right to ensure that its drivers comply with DOT Regulations so as not to endanger the public, however, the ADA requires that Old Dominion make an individualized determination as to whether the driver could return to driving and provide a reasonable accommodation of leave to its drivers for them to obtain treatment.  To maintain a blanket policy that any driver who self-reports alcohol abuse could never return to driving, with no individualized assessment to determine if the driver could safely be returned to driving, violates the ADA.

The Plaintiff also argued that Old Dominion’s policy of removing drivers with self- reported problems with alcohol, without an individual assessment, endangered the public because it discouraged drivers from reporting such issues and getting help.

For more information about the Americans with Disabilities Act see https://www.weinstocklaborlaw.com/the-americans-with-disabilities-act/