Pennsylvania Legislators to Strengthen Boating Under the Influence (BUI) Laws 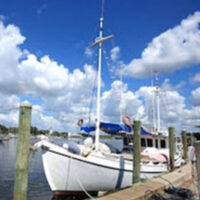 Intoxication is still one of the leading factors in fatal boating accidents in Pennsylvania and all across the country. This was the finding in “2019 Recreational Boating Statistics” published by the U.S. Coast Guard.

Lawmakers in Pennsylvania are aimed at curbing fatal boat accidents involving the use of alcohol by strengthening the state’s boating under the influence (BUI) laws. Unfortunately, most people who get out on the water treat boating as a fun activity and underestimate the dangers associated with operating a boat in the intoxicated state.

Not only do impaired boaters put themselves at risk of drowning, but they also endanger other boaters, divers, and swimmers around them. The above-mentioned report by the U.S. Coast Guard showed that alcohol was a contributing factor in about 23% of boating accidents in 2019. In Pennsylvania alone, intoxication is a contributing factor in about 25% of fatal boating accidents.

According to Fox News, a new bill presented by Pennsylvania’s legislators aims at strengthening BUI laws by counting driving under the influence (DUI) offenses and BUI offenses together.

According to the report, the current legislation has a loophole that allows offenders who are charged with DUI for the first time to be accepted into the Accelerated Rehabilitative Disposition (ARD) program and then be eligible for the program for a second time when charged with a BUI.

The ARD program allows the expungement of a criminal record after the offender completes probation. The new bill would close the existing loophole to prevent offenders from being eligible for the ARD program two times after a DUI and BUI. Pennsylvania’s legislation would also enhance penalties for repeat BUI offenders and those who have underage individuals on board.

Basically, the new legislation would treat a BUI conviction with a minor on board the same way Pennsylvania law treats a conviction of a DUI with an underage person in a vehicle. Fourteen states have a law that revokes an offender’s driver’s license for three months upon a conviction of BUI.

Filing a Personal Injury Claim After a Boating Accident

Under 42 PA Cons. Stat. §7102, Pennsylvania is a modified comparative negligence state. What this means is that you can obtain compensation even if you were partially at fault for the boating accident. However, a person is barred from seeking compensation if they are 51% or more at fault.

In Pennsylvania, your financial compensation is reduced by the percentage of your own fault in a boating accident. For instance, if you are 30% at fault for the boating crash, the value of your settlement will be reduced by 30%. It is vital to speak with an experienced Harrisburg personal injury lawyer to establish fault in your particular case.

It is also important to be mindful of the time limits for filing a personal injury claim in Pennsylvania. Under 42 Pa. Cons. Stat. §5524, the statute of limitations for personal injury actions is two years from the date of the injury. Speak with our personal injury lawyers at Ira H. Weinstock, PC, to discuss your particular case. Call at 717-238-1657 to receive a case review.