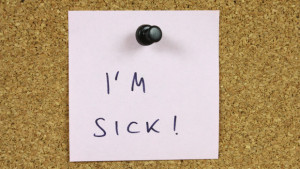 The United States Supreme Court decision in United States v. Windsor, see https://www.law.cornell.edu/supremecourt/text/12-307 found the Defense of the Marriage Act (DOMA) and its ban on same sex marriages to be unconstitutional. That finding has had a wide impact on variety of other federal laws and regulations, including the Family and Medical Leave Act. In the wake of Windsor federal regulations were required to modified to account for FMLA and same sex marriage. The Family and Medical Leave Act (FMLA) entitles eligible employees of covered employers to take unpaid, job-protected leave for specified family and medical reasons. The FMLA also includes certain military family leave provisions. See our previous post re FMLA /fmla/. The question in the wake of Windsor has become who are “family.”

The Department of Labor will issue a Final Rule on February 25, 2015 revising the regulatory definition of spouse under the Family and Medical Leave Act of 1993 (FMLA). The Final Rule amends the regulatory definition of spouse under the FMLA so that eligible employees in legal same-sex marriages will be able to take FMLA leave to care for their spouse or family member, regardless of where they live. This will ensure that the FMLA will give spouses in same-sex marriages the same ability as all spouses to fully exercise their FMLA rights.

Since some states have refused to accept the legality of same sex marriages, the Department of Labor has moved from a “state of residence” rule to a “place of celebration” rule for the definition of spouse under the FMLA regulations. The Final Rule changes the regulatory definition of spouse in 29 CFR §§ 825.102 and 825.122(b) to look to the law of the place in which the marriage was entered into, as opposed to the law of the state in which the employee resides. A place of celebration rule allows all legally married couples, whether opposite-sex or same-sex, or married under common law, to have consistent federal family leave rights regardless of where they live.

The Final Rule’s definition of spouse expressly includes individuals in lawfully recognized same-sex and common law marriages and marriages that were validly entered into outside of the United States if they could have been entered into in at least one state.

Feel free to contact our law firm to evaluate your FMLA Claim.